4 months ago by ProjectDiscovery — 8 min read

Let's start with this: A DNS takeover is not the same as a subdomain takeover.

Subdomain takeovers are old news. Hackers who caught onto them early made busloads of bounties by automating their detection and exploitation.  They're still out there, but competition is fierce. Crafty hackers built bots that detect and report subdomain takeovers within minutes of them becoming vulnerable.

DNS takeovers are the new Orange. They've become popular among seasoned bug bounty hunters, but are often misunderstood or mistaken for subdomain takeovers.

By the time you've finished reading this article, you'll understand:

Put simply: you send a hostname to a DNS server and send back the IP address to which the hostname points.

Firstly, the process of resolving hostnames to IP addresses is quite complex and typically requires at least 3 or 4 DNS servers around the internet.

We'd first ask one of the Internet's root DNS servers where we can find details for domains ending in .com. These root servers are listed below:

The response will be another list of DNS servers (below). We then ask one of these servers where we can find the details of domains ending in google.com.

The response we get is another list of DNS servers (below), we're getting closer! We then query one of these servers, asking what IP address www.google.com is pointing to. You'll see that we're now querying the authoritative DNS servers that Google themselves maintains.

Finally, one of these authoritative nameservers will respond with the IP address that www.google.com points to (it will vary):

What is a DNS takeover?

If we controlled any one of these DNS servers, we could change the www.google.com DNS record to point to a server we own instead of Google's website. Not only that, we could also create our own *@www.google.com email addresses, add falsified DNS records for any subdomain of *.www.google.com, and more.

What's the difference between a DNS takeover and a subdomain takeover?

DNS takeovers are typically more severe because they give the attacker more control. When you achieve a subdomain takeover, the activities you can perform on that host are limited to the capabilities of the service you takeover. For example, if you take over a S3 bucket - you can only host a website/files. When you achieve a DNS takeover you can host any service that takes your fancy, and you can log everything in the process.

How do DNS takeovers work?

So, how exactly can we take control of these DNS servers?

These days, most organizations don't host their own DNS servers - they use cloud providers. All major cloud providers offer a solution for hosting DNS infrastructure.

Most of these cloud providers allow you to create DNS "zones". A zone is just a set of DNS servers that can be managed through the provider's web interface. Here's an example of 4 DNS servers that you might be assigned when you create a Route53 zone in AWS (Note: Route53 is no longer susceptible to DNS takeover attacks):

If you registered a new domain name and you wanted to use a cloud DNS provider as your authoritative nameservers, you would:

This creates a situation where a domain's DNS records are controlled by DNS servers that anyone can use, but no one within this service claims the domain. As an attacker, if we can create a zone that uses any of the same nameservers, we could add DNS records for that domain.

Most DNS providers don't allow you to choose which nameservers get assigned. We can overcome this by creating many zones until we get one with a matching DNS server. This would be an extremely tedious process to perform manually - but we can automate the process.

A GitHub repository called "Can I Take Over DNS?" documents DNS services currently vulnerable to DNS takeovers and how to perform a takeover on each of them. It is a spinoff of the (in)famous "Can I Takeover XYZ?" repo by EdOverflow (BBAC), which documents the services vulnerable to subdomain takeovers.

At the time of writing, this repo marks the following services as vulnerable:

I'm sure you can spot some big names on that list!

The exact way to check if a domain is vulnerable varies a bit depending on which service it is pointing to - but generally, there are two criteria:

Let's run through a process of detecting DNS takeovers that could be easily automated.

Finding the nameservers for a domain

Firstly, we need to find all nameservers used to resolve the domain we want to check. We can do this using a dig trace, like so:

While this works well, it is quite a messy output, so I prefer to use my own fork of Olivier Poitrey's "dnstrace". I just added an option to the tool for a simple output of nameservers, without any other information.

Now, you can check each of these nameservers, to see if any of them belong to a vulnerable service (e.g. ns*.digitalocean.com, ns*.domaindiscover.com, ns****.name.com…). In this case they do not. So in this case, we could see that a DNS takeover is not possible, and move on.

If any of them belonged to a vulnerable service, the next step would be to see if they return a REFUSED or SERVFAIL status when we resolve the domain. For the sake of example, let's check ns*.google.com against ns1.google.com using dig:

Taking control of the domain

The exact method that we use to takeover the domain will depend on the DNS provider, but in general, the process looks something like this:

There are a few nuclei templates that are designed for DNS-based takeover detection, for example:

This template will print a line if a DNS lookup on the tested hostname returns a SERVFAIL or REFUSED status. It doesn't go as far as checking if the DNS service is vulnerable, but this is a great start for initial detection.

Despite the risks, many organizations still have not figured out a good workflow for removing assets online without creating situations where they become vulnerable to DNS takeovers. It can be difficult to orchestrate the removal of assets without falling into a vulnerable state because it often requires coordination from multiple service providers.

In general, it helps to think of the removal of assets from the top down, i.e. remove assets in this order:

It also helps to monitor your own cloud environments for situations like this to give you a fighting chance of detecting it before a hacker does!

Hopefully, reading this has given you a good idea of how DNS takeovers work, how they differ from subdomain takeovers, and how to exploit them. Until next time - happy hacking! 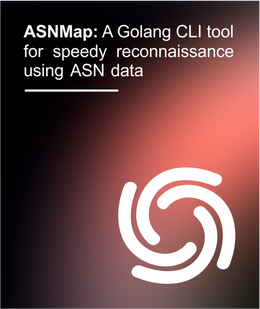